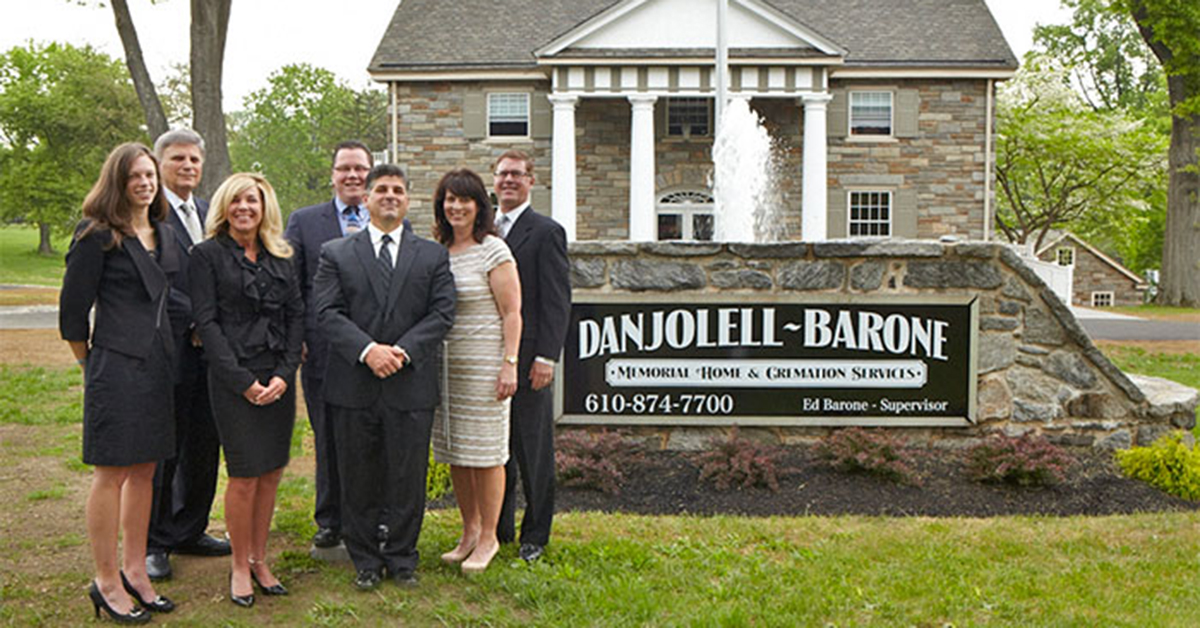 As a family-owned and operated firm, we are your neighbors and your friends. Our staff is comprised of familiar faces willing to help you when you need it most. These highly trained experts can answer all of your questions regarding funerals, cremations, merchandise and preplanning. Call to schedule a meeting today with one of our specialists.

Robert received his degree in Mortuary Science from Eckles College of Mortuary Science. He served for nine years as a Staff Sergeant for the Air National Guard. Active in the community, Robert is a member of the Knights of Columbus, Lions Club of Overbrook, UNICO, the National Italian American Foundation located in Washington, D.C., Sons of Italy Main Line Lodge 2222, and the Columbus Quincentennial Foundation. He also served as Chairperson of the Board of Trustees at Cabrini College for 26 years and was inducted in 1993 to the Pennsylvania Hall of Fame for sponsorship of many little leagues and sports activities. Robert and his wife, Maryann, reside in Chester County.

A second generation Funeral Director, Robert joined the family business as a “Licensed” Funeral Director upon graduation from the American Academy McAllister Institute of Funeral Service, Inc. He also received a Bachelors degree from Franklin and Marshall College where he was a member of the Pi Lambda Phi Fraternity. He is a graduate of Saint Joseph’s Prep High School.

James received his Bachelor of Mortuary Science degree from Lynn University. He is a member of the Rotary and Optimist Club and is a certified member of the Crematory Association of North America. James and his wife, Margaret, have two children, Eleanor and James II.

Anthony graduated from American Academy of Mortuary Science and has a degree from Peirce Jr. College in Philadelphia. He is Past Board Member of the Upper Darby Lions Club, previously active member of the 69th AA Athletic Association and managed little league baseball for 11 years. Presently, Anthony is a member of the Christopher Colombo Lodge – Order of Sons of Italy and is President of Media Chapter of UNICO International. A life-long resident of Delaware County, Anthony and his wife have two daughters.

A native of Philadelphia, Michelle graduated from Mercer County Community College with her degree in Mortuary Science. She has over 16 year of experience in serving families during their time of need.

Edward is a native of Darby. He received his Associates in Liberal Arts and Social Sciences from Delaware County Community College and pursued further education at Mercer County Community College to earn his degree in Funeral Service. Edward has previous experience with cemetery sales and management and is a member of the Delaware County Funeral Director’s Association.

A Death Has Occurred

Robert D’Anjolell not only provided my family with an excellent service, but showed his concern about the well-being of each and every family member. That truly makes for a one of a kind personal experience.